The Official Site of the Northern Virginia Travel Baseball League

Take 20% off your Entire Purchase at the Dulles, Bailey’s Crossroads, and Fairfax stores Aug 19th – 22nd

And if you need something before or after 8/19 – 8/22, CLICK HERE for other coupons good in-store all season long -- (20% off and season-long coupons cannot be combined*)

COVID CASES-  What to do

If you have a positive case within your team, here's what you need to do.  The player or coach must sit out until:

-  Notify all of the families on your team of a positive case while protecting the identity of individuals via email.  Copy Rob Hahne at RobH@nvtbl.org

Please ensure that you are following all protocols within the county that your team participates in.  Go to CDC website link below to find your county.

Head and Asst. coaches along with others who come into contact with players must have a background check that was run no earlier than February 1st, 2020.  These have to be done before practices and games begin.  This has been mandatory for Fairfax County coaches and will now be mandatory for all NVTBL coaches and administrators.

NVTBL has secured an arrangement with USA Baseball to provide a low cost option for background checks (only $6).  If you have already done a background check after 1/31/20 and can provide the documentation, that will suffice.  We will be sending out the USA Baseball background check option and also follow-up with additional specifics. NVTBL wants to notify everyone now so that you can start to prepare a plan within your organizations and teams.

All games are now no new inning 1 hour and 50 minutes.

A reminder that there is never a drop dead time limit for any NVTBL games.

All umpire pricing will stay the same.

NVTBL has secured a deal with Wilson to provide NVTBL families and teams large discounts for all Wilson, DeMarini, Louisville, Evoshield, ATEC products through a custom website.  You will find huge discounts anywhere from 20 - 50% off a large variety of items.

We have partnered with Wilson Sporting Goods and their brands (Wilson, Demarini, Louisville Slugger, Atec, & Evoshield) to allow our Northern Virginia Travel Baseball League members and partners to purchase decorated apparel and product gear from all of their brands. If you order a stock item (Evoshield apparel, bat, glove, bag, batting gloves, Evoshield protective gear, etc.) that will ship immediately.  It is important to note that you can order any stock gear item at any time throughout the year just by logging into your www.wilsonteamshop.com account.  The Wilson Team Shop (WTS) hard goods store with non-custom products NEVER CLOSES.  The WTS is your 24/7 one-stop shop that allows you to order the top brands at incredible team discount pricing that is special for NVTBL members and partners.  Below are the quick steps to access our WTS:

Remember to keep your user/password information to log into www.wilsonteamshop account throughout the season to purchase all products.  Orders will deliver directly to your home and orders $50/more will receive free freight.

If you have any questions with registration, please locate the “Contact Us” link at the bottom of the page. The customer service team will be able to assist with any questions. This is our store for the holidays and beyond. Don’t miss your chance on a great opportunity for gifts this holiday season!

Registration for the Spring 2021 season is CLOSED! Click the blue button labeled '2021 Spring Registration' above to start the process. 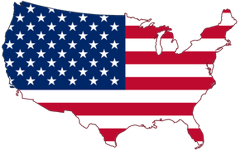 NVTBL created the American Travel Baseball Alliance to connect travel baseball teams, org's and leagues across the country.  You will be blown away by the ATBA website functions:

-  Map with pop-up email to every College Coach in country

-  Map with direct links to every College BB website

-  Monthly EDU Contributors from the best across the country

February 4 - Over 40 Division I recruits will suit up next month in the new D.C. Prospect League, which will lead into the abbreviated Virginia high school season set to begin in mid-April.

The four-team league will consist of an 18-game regular season played from Feb. 28 to Apr. 5, with games held at the new Fredericksburg Nationals ballpark and South County Middle School in Lorton. Both venues feature turf playing surfaces.

The league’s coaches will limit pitchers to 30 pitches to begin the season, with that count eventually increasing to 45.

“We are very excited to provide opportunities for high school players in both the DC Prospect League and the Spring Training Team League,” said Northern Virginia Travel Baseball League executive director Rob Hahne, one of the league’s organizers. “Baseball in March will be so important for all of these players both mentally and physically.”

The league will provide an ultra-competitive environment for some of the area’s top talent as the state’s high school programs prepare for a long-awaited return to the diamond. Both the Virginia High School League and Virginia Independent Schools Athletic Association are scheduled to begin their abbreviated seasons on Apr. 12.

The last public school contest played in Virginia was on June 14, 2019 when Lake Braddock defeated Westfield in the VHSL Class 6 state final. A handful of private school games were played last spring before the COVID-19 shutdown.

Our HS Spring Training League will play from March 2 - April 3.  This league will help prepare players for their upcoming HS seasons on April 12th.  We are very excited to provide this opportunity for high-level HS players throughout Northern Virginia.

Check out our past champions

A quick tutorial video on how to login, view your team page and add your roster.

Coaches--here's the link to the help button on SportsEngine for your use and to share with your parents, etc.

You can type in questions, look up how to videos or even contact/chat with a live person who can help.

Jared Smith and Justin Rebok allowed just two hits over six innings to help lead the Diamond Elite to the PSL title with a 3-1 win on 7/24.

Player of the Game Interviews

RT @brockhudg: We've had 4 partnership calls for Play'n Sports since the @ABCA1945 . ABCA 2023 had a big impact in our business from all…

Took another tour of The Ballpark at Capital One yesterday. Big things coming this spring for NVTBL, the Potomac Le… https://t.co/zhBzIhcHZH

A tour of Patriot Park North this morning. We are getting closer! Save the date for the Grand Opening Ceremony- 4… https://t.co/GsZLlU2suv

@mobilitychick Tracy is the best around!

Just wrapped up our spring/summer field allocation meeting in FX County. I am so appreciative of the collaborative… https://t.co/0fbaLtOo4j

@JRudd_Scout We are also a short season league with 22 games and only 4 games per week. Allows players to manage w… https://t.co/q0htr0zKbx

@JRudd_Scout The Potomac League (formerly NVCL) in the DC area has strict pitch counts that start low and rise up t… https://t.co/2e7zvFXvAG

Excited to meet virtually tonight with every College Baseball Coach/Program in the state of VA. Big things happeni… https://t.co/FrlZ8kMvbE

@ABCA1945 Yes sir! Time to buckle down and watch any presentations I missed in Nashville. Amazing member benefit w… https://t.co/dYzyQXDX1Z

Join the ABCA at https://t.co/PZdU1ixETy for HUGE rental car and other discounts. I saved over $1,200 in the past… https://t.co/VrRiyL19Vf

RT @mobilitychick: I’m re-tweeting my own tweet bc these moves are that important for ball players. If you’re in ⚾️🥎: 1) Retweet the vide…

NVTBL's EDU Podcast continues with a new season of episodes! Tune in each week for a new episode all winter long!

The Premier Showcase League (PSL) is a division of the Northern Virginia Travel Baseball League (NVTBL) 16u - 17u.  The PSL was created to provide elite level competition for high school players looking to play baseball at the next level.  We have developed a better system to support our local programs/teams while saving local families thousands of dollars in travel expenses.  Programs can put in a request to join this premier league within NVTBL.

Get our NVTBL Mobile App below:

NVTBL is offering a new Baseball Education based initiative for this off-season.  This initiave is for teams and it will be a game changer for your team and your players.  Ron Tugwell and Rob Hahne have been running similar workshops for teams we coached over the past 20 years.  They are very well received and one of the best things we have done.  NVTBL's Professional Advisory Committee comprised of Head HS Coaches, College Coaches and former Pro Players has decided to offer this to all NVTBL teams this fall/winter.  There are limited date offerings and each workshop allows only 2 teams to participate to keep the sessions small.

-  Handout Packets included for each player

You can register your entire team at the link below.  It is $50 per team which comes out to be less than $2 pp when you include parents and coaches.  That basically covers our cost to run the event with handouts included.  We will take 2 teams for each Workshop offered.  Each workshop runs 75 - 90 minutes.  Players, coaches and parents should bring something to write with and write on.

-  How to create a Roadmap to Baseball Success?

- How to increase your Baseball IQ

-  Handout Packets included for each player

Please choose from one of the following dates and times below.  One parent/guardian is included in the price for each player (2 total people for $25).  The mental game/approach is critically important to be successful in the game of baseball.  This includes confidence/aggressiveness.  Most players and coaches do not dedicate nearly enough time to training the mental game.

We expect all slots to sell out by December 1st so act quickly.  Register by clicking here:

Mental Game Workshop ($25 for player and one parent/guardian)

Mental Game Workshop ($25 for player and one parent/guardian)