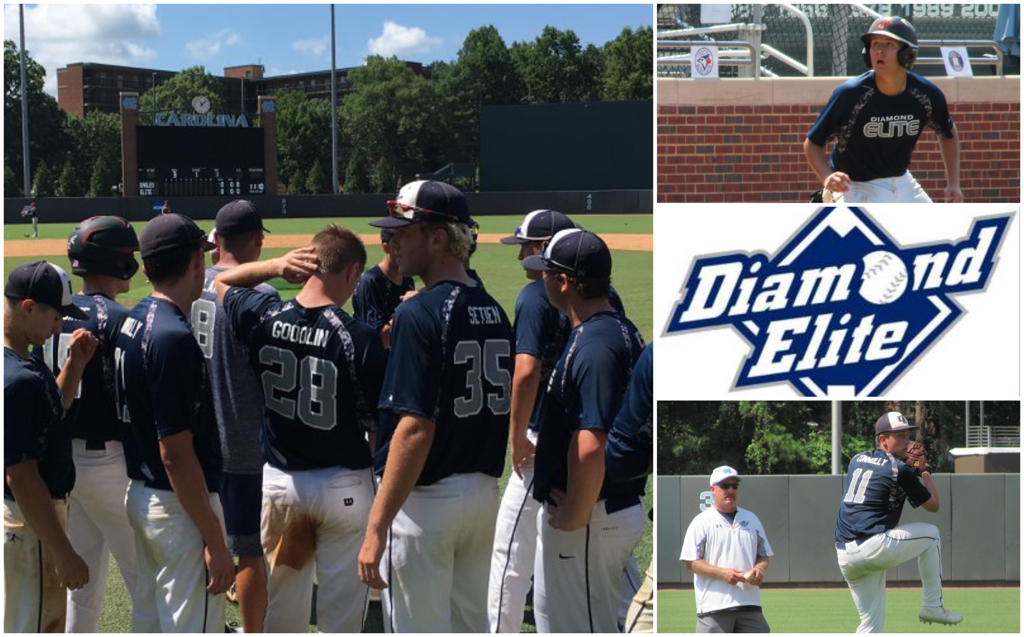 College coaches are starting to get familiar with the Diamond Elite brand. It’s a program becoming known for hard working players who play the game the right way and it was on full display this past summer at the Perfect Game 17u BCS National Championship in Fort Myers, Fla.

The Diamond Elite 2019 team not only turned heads over the course of the week with their play but continued to grow the program’s reputation among college coaches.

“The ultimate compliment is when college coaches come up to me and tell me they can tell who the Diamond Elite kids are,” said Sam Plank, the program's director of baseball operations. “They know what to expect from our guys. It’s starting to catch on and we are starting to get more college coaches at our games. We have great players and they love how our kids play.”

Signing up for the national tournament was a culmination of a five-year process with a group of players that bought into the system established by Plank and founder Ken Bukauskas. A third-place finish and a No. 25 national ranking following a 7-1-1 record proved the boys from Loudoun County were more than capable of handling the competition.

“Our goal is not to win a national championship like some of these other national showcase teams,” Bukauskas said. “Doesn’t mean we can’t compete with those teams.”

Success on the national stage can be linked to the talented roster, experienced staff and an almost unlimited access to top facilities in the area. However, when competing against other programs with similar characteristics and resources, the execution and intangibles for the Elite pushed them over the top.

“We were hitting cutoffs, getting bunts down, picking off runners, taking dirt ball reads,” Plank said.

“These boys have played together for so long, they have strong chemistry and there is a level of trust and intangibles other teams do not have,” Bukauskas said.

Plank holds weekly practices with multiple coaches focusing on specific position groups, which he feels has been key to a lot of his player’s development over the years. With just one team per age group, Plank is able to establish relationships with his players and understand what their specific needs are.

A 10,000 square foot facility in Sterling allows the program’s teams to workout when fields are unplayable. The team also meets at the facility on a weekly basis to work fundamentals while allowing players the freedom to train with their high school teams and other coaches in the off-season.

Even though banners and rankings are cool for Plank and the staff at Diamond Elite, the main goal is to develop their players and put them in the best position to play college baseball.

“We are honest with them. We tell them where they need to get to to play college baseball,” Plank said. “We provide that structure for them where if you work and you want it bad enough, we will get you there.”

The Elite have seen four members of the 2019 graduating class commit to play for college programs - three to Division I schools. Since 2012, 30 players have committed to college programs with 13 commitments coming in the last year.

“When you keep repeating this process over five seasons, the guys that really want it play college baseball,” Plank said. “The system works, but they have to buy in on their part too.”

“It’s special when you get guys to buy in to a system and then you see the success.”

Diamond Elite is one of five organizations in NVTBL’s Premier Showcase League (PSL). For more information on the Diamond Elite program, please visit their website at www.diamondelite.com.