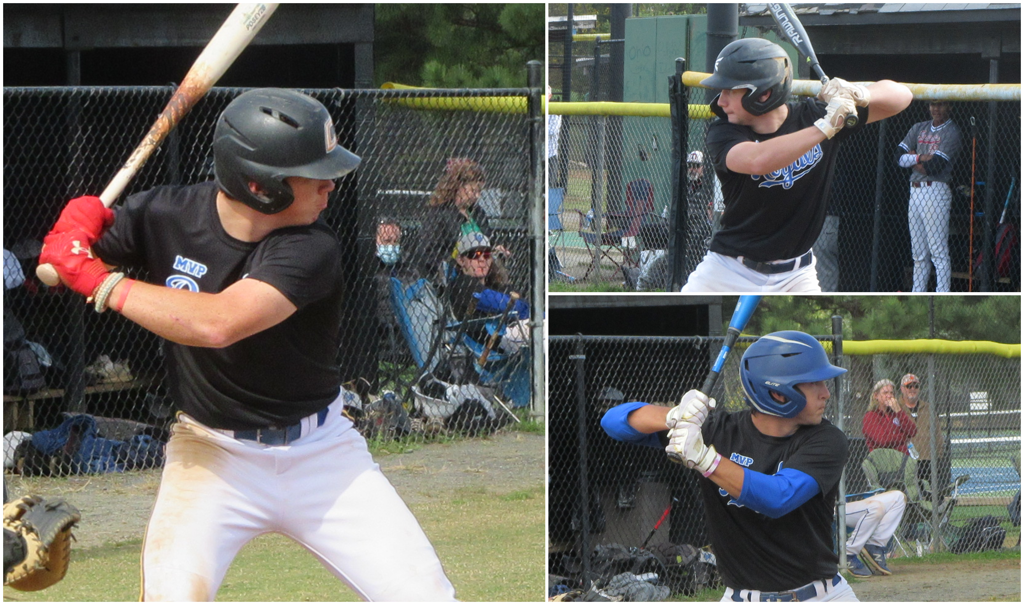 You won’t see many teams with a better offensive approach than the MVP Royals National 2021. It helps to have nine college baseball commits on the roster, six to Division I programs, and one of the most experienced coaches in the area on staff in Mark “Pudge” Gjormand. Bottom line, the Royals can mash and they make it look easy.

The Royals have won 24 of 28 games since the beginning of July, averaging nearly eight runs per game over that span. This fall, the team is currently 17-3 and is coming off winning the NVTBL’s Premier Showcase League (PSL) championship this past weekend. The Royals went 3-1 and outscored their opponents 45-10 over the tournament. More impressively was their ability to produce extra base hits and runs in bunches against the PSL’s best arms.

In the four games, the Royals collected 15 extra-base hits while three different players hit home runs. The Royals also scored more than three runs in an inning seven different times. Gjormand refers to his team’s ability to recognize and execute in the batter’s box as the ‘damage approach.’

“We don’t settle and really hunt balls that we can do damage with and are looking to barrel it up,” Gjormand said. “We are on the gas pedal and our goal is to win that 90 [feet]. The key is not settling, especially with some of the softer throwing guys who want to get you out of your rhythm. You really have to be disciplined at the same time.”

Leading the way offensively is shortstop James Triantos, who has committed to play at the University of North Carolina at Chapel Hill. Triantos may have the best approach on the team and uses his lightning quick hands to hit line drives and turn mistake pitches into extra base hits.

The UNC commit is hitting .625 (15-for-24) with 16 RBI in 11 games with the Royals this fall, including a 7-for-11 performance in the playoffs with a home run and nine RBI. Triantos leads the team or is tied for the team lead in six different offensive categories.

Connor Hale, who decommitted from Georgetown after a coaching change, provides consistency and plenty of pop for the team in the leadoff spot. He has reached base nearly 60 percent of time this fall while his three home runs are tops on the team. The Royals coaching staff feels very confident he will find a new home at the next level once the recruiting window resumes for Division I programs.

“[Connor] is a team guy, all the way through,” Royals coach Dane Charneco said. “He's going to make a college coach pretty happy when they get him.”

Warren Holzemer (Army), Colin Tuft (University of Virginia) and Evan Smith (West Virginia University) round out the list of bats committed to Division I programs in the lineup. All of them are hitting well over .300 and have hit at least one home run this fall. More impressively is the 19-to-49 combined strikeout-to-walk ratio amongst the aforementioned five sluggers.

It may seem like a simple, selective team approach, but it’s the combination of power and discipline that makes the Royal’s offensive attack unique. Very rarely will players chase pitches out of the zone and more often than not hard contact is made.

“A lot of our players are really skilled at being patient and recognizing their pitch, and when they get that pitch, they generally do not miss it,” Charneco said.

“Our collective approach is to attack the fastball,” Holzemer said. “We hunt the fastball the whole time and just put the bat on the ball. We put it in play and see what happens.”

Campbell Charneco (Washington and Lee) and Danny Salisbury (Marymount) are also having strong seasons for the Royals, hitting .341 and .333 respectively. Charneco leads the team with 22 RBI while his 15 hits and Salisbury’s five doubles are tied with Triantos for the team lead.

All the pieces came together for the Royals in Sunday’s PSL championship game against the Metro Senators, who had beat the Royals earlier in the season, 4-1. The Royals pounded 12 hits, six for extra bases as they came out of the gates scoring in each of the first five innings, capped with back-to-back five-run frames. Triantos led the way with a 3-for-3 effort with a homer and four RBI.

“We just came out firing on all cylinders and once we started we just didn’t stop,” Triantos said.

“It kind of feels like a feeding frenzy when these guys get going,” Charneco said.

With the offense carrying the way, three pitchers have equally stood out this fall for the Royals. Jason Cheifetz (James Madison University) has been the team’s ace, compiling 37 strikeouts over 27 innings with a team-best 1.56 ERA. The right-hander has also earned the win in each of his six outings this fall.

The talent level is deep and no doubt off-the-charts for the Royals. Gjormand jokingly admitted that the talent along with the character and work ethic of his team makes it easy to coach this particular group.

“These guys are so talented, I just make sure they are all the right spots and let them go,” Gjormand said.

The Royals will wrap up with three more NVTBL games this fall starting Saturday at Langley High School against the PSL’s Bradley Eagles.