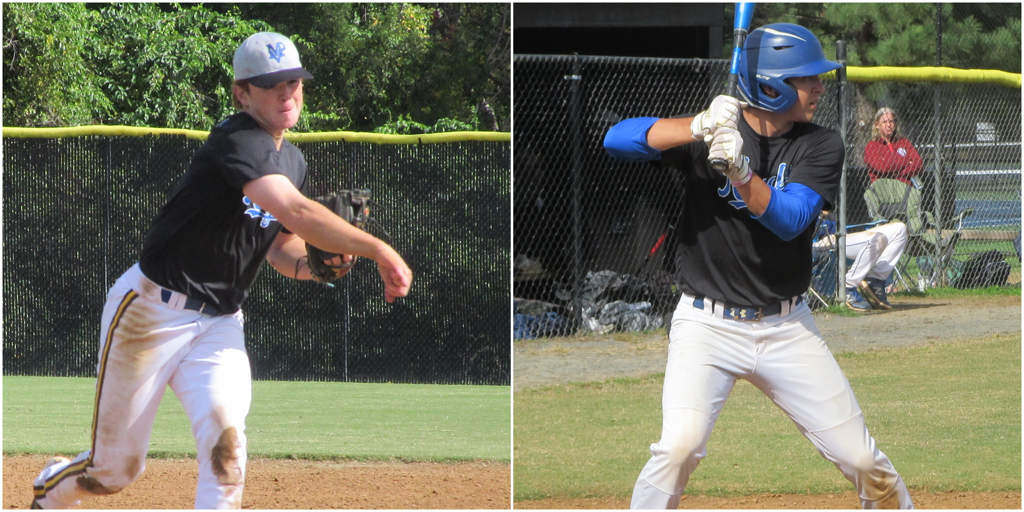 James Triantos (left) drove in 4 runs and pitched 3 innings while Warren Holzemer (right) scored a pair of runs for the Royals in a 13-3 win. Photos by Josh Belanger.

James Triantos showed why he is one the best high school prospects in the state of Virginia, going 3-for-3 with a home run and four RBI while allowing just two hits over three relief innings to lead the MVP Royals National over the Metro Senators, 13-3, in the Premier Showcase League (PSL) championship yesterday at Centreville High School.

Triantos, who has committed to play at the University of North Carolina, wasted little time to get the Royals’ offense going with a double in the first inning and later scored on a double steal for the second run of the inning. The Royals’ pair of runs in the first inning was answered with two runs from the Senators on RBI from DJ Muirhead and Shawn Baxter.

After the Royals took the lead in the second inning on an unearned run, Triantos took the mound in relief of starter Conner Hale and made quick work of the Senators’ bottom third of the lineup. He then stepped to the plate in the third inning and launched a two-run home run to center field.

“When I step to the plate, I am always looking to hit the ball the other way because that's where most pitchers live,” Triantos said. “He left me one up towards the inside part of the plate and I just got my barrel to it and let my barrel do the work and the ball just flew off.”

Jake Carpenter would cap the five-run third inning with a two-run single to give the Royals an 8-2 lead. The Royals would then add five more in the fourth to put the game out of reach. Triantos delivered again for the Royals, plating a couple of runs on a base hit. Warren Holzemer, Colin Tuft and Evan Smith each recorded extra base hits in the frame.

“We just came out firing on all cylinders and once we started we just didn’t stop,” Triantos said.

Baxter provided the lone offensive highlight for the Senators with a solo shot to center field in the fourth off Triantos for his second RBI of the game. Catcher Kalei Grebin was also great defensively, throwing out a couple of runners and providing energy for his team despite the Senators trailing by double digits and committing five errors that led to three unearned runs.

The Royals tallied 42 runs in the four-game playoffs, finishing 3-1. The Royals advanced to the championship game after winning a three-team tie-breaker with the fewest runs allowed between the NOVA Premier (2-1) and DC Gatorball (2-1).

The Senators (3-1) ran the table in its three-game pool play, including a walk-off win against the Bradley Eagles (1-2) and a shutout win against the Mitchell Marlins (2-1). The Senators entered Sunday’s championship game having allowed the fewest runs in the playoffs (6) and having already beat the Royals earlier in the season, 4-1. The Royals’ bats got the best of the Senators’ staff yesterday, pounding 12 hits, six for extra bases.

The Royals will be in action next against the Prime Time Aces on Tuesday while the Senators will play the Bearcats 2021 on Wednesday. 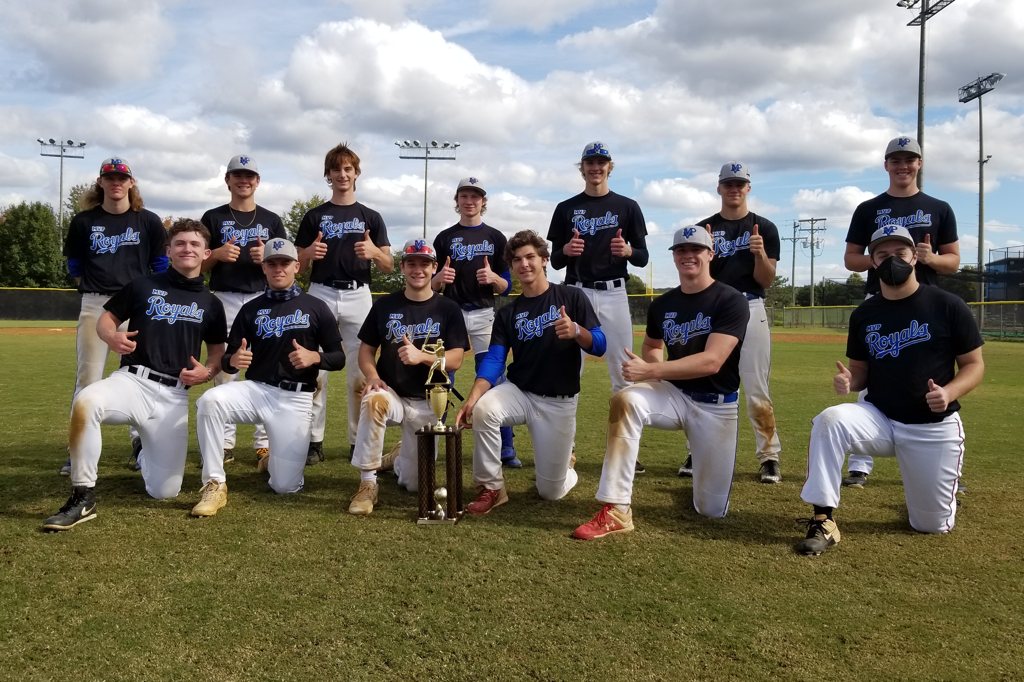