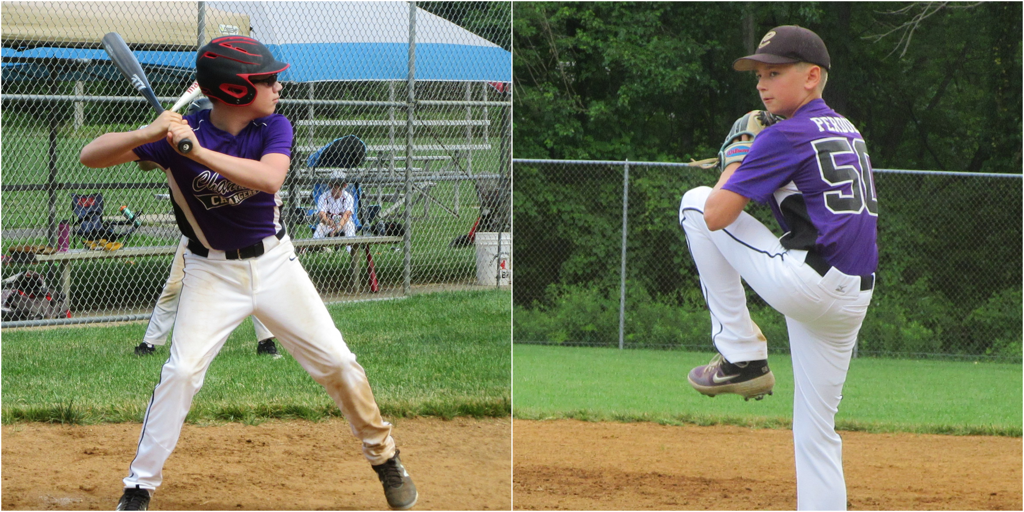 Alex Ament’s swing appeared to be in mid-season form in yesterday’s season opener as he drove in five runs to help lead the Chantilly Chargers 12u take down the Arlington Storm Red 12u, 12-9, in a time-shortened five-inning game at Greenbriar Park.

In his first at-bat of the season, Ament launched an inside-the-park homerun that drove in two runs and would have easily cleared a typical Little League standard 225-foot fence with room to spare. He would finish the day a double shy of the cycle, going 3-for-3 and was responsible for half of the Chargers 12 runs.

“Big number seven [Alex] is hitting the ball really well,” Chargers coach Brett Given said. “As a team, we are really starting to drive the ball into the outfield and we don’t have to rely as much on stealing bases. We are letting the bats do the talking for us.”

Both teams jumped out of the gate scoring runs, showing little signs of rust at the plate. Teddy Sennott and Ben Crowe gave the Storm an early 2-0 lead, coming around to score on a wild pitch and a sacrifice fly from Alex Goodell respectively. The Chargers quickly answered in the bottom half with three of their own, highlighted by Ament’s four bagger.

The Storm added three more in the second off Chargers’ starter Tanner Garey, who allowed five runs on four hits in two innings. Kyle Matsko, Reece Wilder and Nick Amundson each had a hit in the frame for the Storm with Wilder and Amundson each driving in runs with their base hits.

The Chargers would add an unearned run in the second to tie the game at five off Matsko, who came on in relief of Goodell after just one inning. The Chargers then opened up the scoring in the third with five more runs (four earned) on three hits, including another RBI from Ament. Dawson Givens and Carter Perdue also each drove in a run on extra-base hits.

Perdue took the mound in the third inning with the game tied and proceeded to strike out the side, eventually holding the Storm scoreless over two innings. The right-hander did not allow a hit, however three errors and two walks gave the Storm scoring changes in both frames in which Perude would maneuver out of.

Ament would come through once again in the bottom of the fourth in what would be the Chargers final at-bats of the game due to the time limit with a two-run triple to right field, scoring Matt Lynch and Conner Kirby. Lynch started the inning with a two-out double and finished the game 2-for-3 with an RBI and a pair of runs scored.

The Storm would make things interesting in the top of the fifth off the Chargers’ third pitcher of the night, Sammy Uisit. Goodell, Matsko and Chris Layman would each drive in runs as the Storm added four runs and bring the tying run to the plate before Uisit would end the game with a strikeout.

The Chargers completed the sweep of the doubleheader with a 21-8 win in game two. Ament, Givens and Lynch led the way each with two hits while Ament and Givens combined for eight strikeouts over three innings.