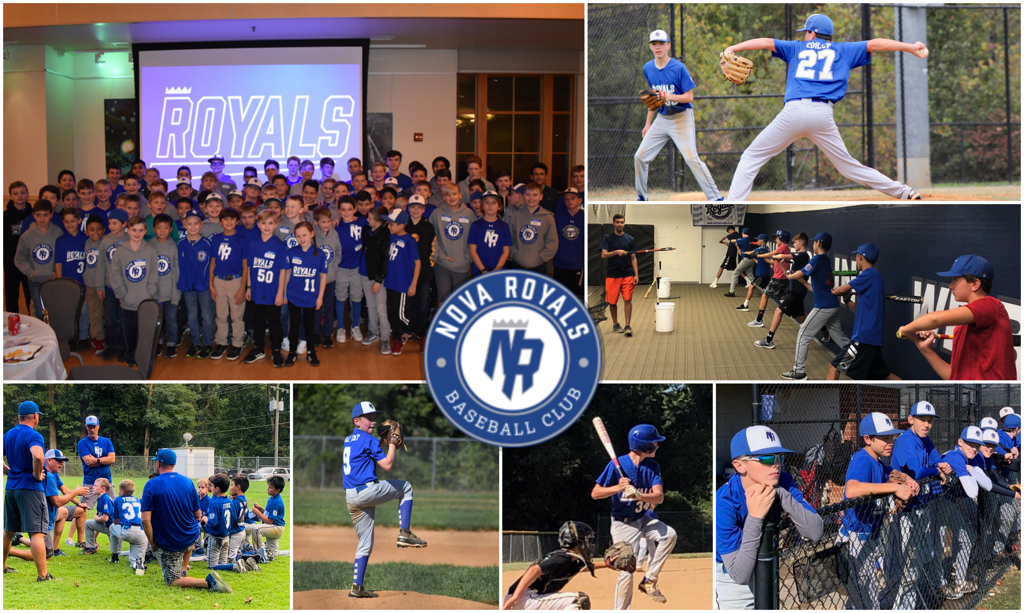 The Royals organization first launched in 2012 when current Fairfax High School coach Rick Freeman and others founded a youth travel team for kids playing in Fairfax Little League with the goal to provide those players the skills and development required to play at the high school level.

The program has since rebranded and grown under new leadership while continuing the focus on developing players in all aspects of the game to enable them to compete for high school rosters.

Freeman played professionally with the Minnesota Twins and has coached at the varsity level locally for over 20 years, including two different stints at Fairfax. After coaching the Rebels from 1999-2007, Freeman coached at Flint Hill until he returned to Fairfax in 2011. He also coached for five years at Falls Church High School prior to taking on the role at Fairfax.

His expertise and knowledge allowed him to structure the program to facilitate player development and provide coaches the tools needed to teach all facets of the game. Over the years, the number of Royals players making their local high school rosters increased until every single player that graduated from the Royals program played high school baseball at either the junior varsity or varsity level.

Freeman now oversees the Royals organization as the executive director and has transitioned leadership to general manager Greg Crawford and assistant general manager Paul Waldschmidt to further improve and grow the program.

“Our goal has always been from day one was to equip our kids in our local community here with the skills to be able to make their high school teams,” Freeman said. “It's been nice for me to sort of sit back and evaluate the entire program, and be sort of a consultant to those guys as they grow it. We've looked at a lot of different ways to grow, but we really are very comfortable where we are and should be able to sustain the program and continue to provide a quality opportunity for kids to play at a higher level.”

In 2019, the Royals’ management decided they wanted to go in a slightly different direction in the future and felt a rebrand was necessary for the program to continue to evolve. The organization expanded from Fairfax to Northern Virginia to encompass more players from different neighborhoods and better compete with other teams pulling from larger areas. The organization also wanted to get away from the notion that Royals players were strictly future Fairfax Rebels and that they were automatic bids to make Freeman’s roster.

The Royals grew to seven teams aged 9-14u this past fall and will head into the spring season with eight teams and 96 families. Management anticipates even more growth in the future and has plans to create multiple teams at each age group and a high school level team to further continue player development.

“We kind of thought that we would try to expand to capture more of who we represent and that's Northern Virginia,” Crawford said. “It’s not one big thing that is going to make us successful, we believe a lot of little things will add up to a big thing.”

Along with receiving brand new jerseys with new logos, the organization has expanded and improved their training routines in their indoor hitting facility in Fairfax. By partnering with NOVA Athletics, the Royals have access four days a week to a 2,500 sq. ft. gym and are able to practice consistently throughout the year. Each team has equal access to the space and coaches have the autonomy to work on what they feel is necessary.

Teams also have access to professional hitting, pitching and speed instructors during their time in the facility. The organization utilizes Calvin Baxter and Walter Lancman for hitting and pitching instruction respectively while partners with PT Solutions for speed and agility.  Since providing teams time in the indoor facility and professional instruction, Freeman has seen the impact it has had on the players and the program.

“It's made a huge difference,” Freeman said. “The combination of not missing workouts and having a chance to be able to coach the other coaches and work everyone along has been fantastic for growth. Teams might be kicked off fields because they were wet or the conditions weren't good for a week and our teams are sitting idle. Now that really never happens.”

Another aspect of the rebrand was restructuring the organization from the top. Waldschmidt and Crawford wanted to establish a model for teams that provided simplicity and efficiency while allowing coaches to focus on coaching and improving player development. Coaches can also mirror what the professional instructors are teaching and can collaborate with Freeman and the other coaches to ensure the right messages are consistently being received by the players.

“We really want our managers and their assistant coaches to be able to go to conferences and be able to learn and be students of the game and coach at a higher level while also being able to manage the team efficiently and not spend so much time worrying about the budget or if they're going to have hours overlap at the hitting facility,” Waldschmidt said.

The program has also taken steps to create a family away from home and establish strong character traits for players. This winter, the Royals orchestrated a banquet to honor teams and players and have a night of fun with the families. Coaches also organize service projects and volunteer opportunities with local Special Olympics to create bonds off of the field and instill values that will make a positive impact on players.

“We want to create an opportunity for these kids to grow, develop, and be prepared for the next level, so when they step onto the high school baseball field, or whatever it may be, they stand out,” Crawford said. “We are trying to continue to grow, achieve buy in from families and kids and from our community. We want our kids to feel like they are part of something special.”

For more information on the Royals organization, visit www.novaroyals.com.