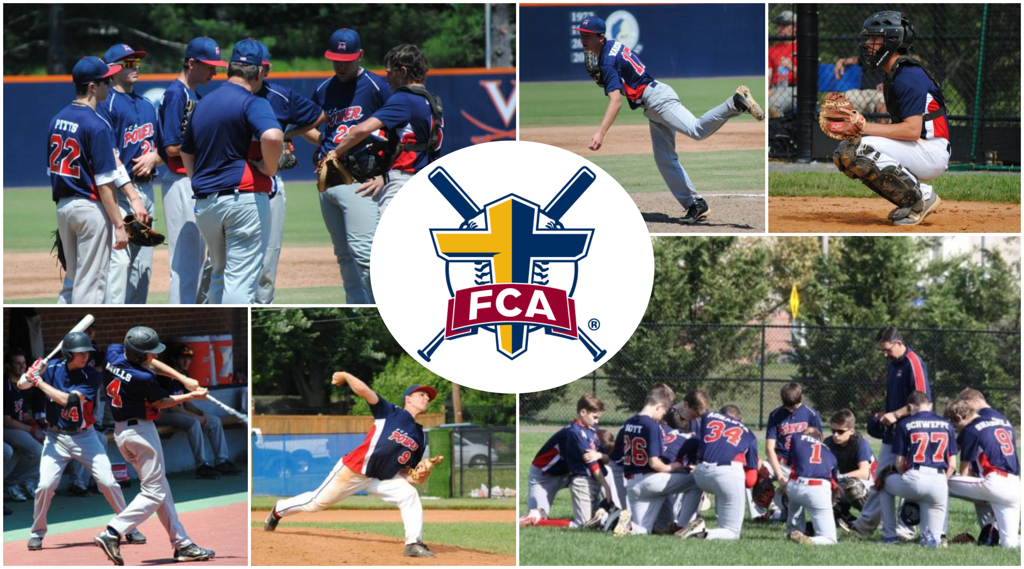 Many coaches make a conscious effort in today’s society to not intertwine their religion to not offend or seclude anyone on the team. Kevin Dennis became a coach for the Fellowship of Christian Athletes (FCA) because it allowed him to coach the way he wanted and couple baseball with the Christian faith to teach players life lessons and bring everyone closer together.

The FCA is a global organization that utilizes sports to foster a stronger relationship for players and coaches to Jesus Christ. The FCA Power program was established in 2001 as part of the Northern Virginia FCA Baseball organization to teach core values through Christianity while providing opportunities for players to develop as well-rounded ball players. The Power currently provide teams for players aged 12 to 18 in Fairfax and Loudoun counties with intentions to expand to younger age groups in the future.

“Our vision is to introduce Christ to every coach and every athlete and help them into a growing relationship with Jesus and we believe sports is the best way to do that, particularly for us that’s baseball” said Dennis, the area director for the program. “We believe in providing our boys the tools for them to be successful not just in baseball, but in life. We want to use baseball to teach our boys to be better men and better people in society.”

Each head coach for the Power is grounded in the Christian faith and must complete a ministry leader application before taking on a team. Coaches lead prayers, preach lessons from the Bible and teach the importance of integrity, serving others, teamwork and excellence. Through practices, games, service projects and prayer, coaches develop bonds with players and families that go past the white lines.

At the end of each season, coaches measure their team’s success by the impact the program has on their players’ lives. Recently, Dennis had a father of a player admit the positive change his team, his coaching style and the influence Jesus Christ had on his son and family even though the team struggled to win games that season.

“I think that's a perfect example because not only did the player get better as a baseball player, but he got better as an individual,” Dennis said. “He had a better relationship with his teammates, school friends and with his parents and siblings. The family as a whole was a better family because of the way that Christ was introduced and impacted that family. They were drawn closer together because we decided to redefine what success looks like. That's success for our program.”

On top of the program’s strength to build character traits in their players and vitalize relationships, the Power are taking steps to further improve their ability to develop players for the next level. Dennis and the rest of the staff want to change the perception that the program is solely for Christian ball players and does not have the same level of coaching or player development as some other local organizations.

“We welcome and want everybody in our organization, it's not just a Christian team,” Dennis said.  “We want people to come because we are a competitive organization. There is a lot of player development going on, it’s not just the character side of it.”

By tapping into the FCA network of former professional and college coaches and players, the program has improved their ability to coach and develop players. The combination of the elite instruction and character building has allowed the program to build more competitive teams and establish a new perception.

This past year, all 15 players on the FCA Power junior varsity squad made their respective high school teams while clinching two championships this past fall, including the NVTBL Columbus Day tournament. The key was their ability to establish continuity and allow players to develop as Christians and ball players over the course of several seasons.

“The players really bought in and believed in what we were doing. Instead of leaving after a season, they stayed two or three seasons and now all the sudden they start seeing the benefit of keeping that group together,” Dennis said. “It's just a testimony to not only the work of the players in the organization, but the coaches and the love they show to their players and their families.”

The Power will continue to expand their reach to unite players and families in their effort to grow their relationship with Jesus Christ and find ways to improve their ability to teach the skills and lessons needed for players to be successful both in sports and in life.

For more information on the FCA Power, visit http://novafcabaseball.org.