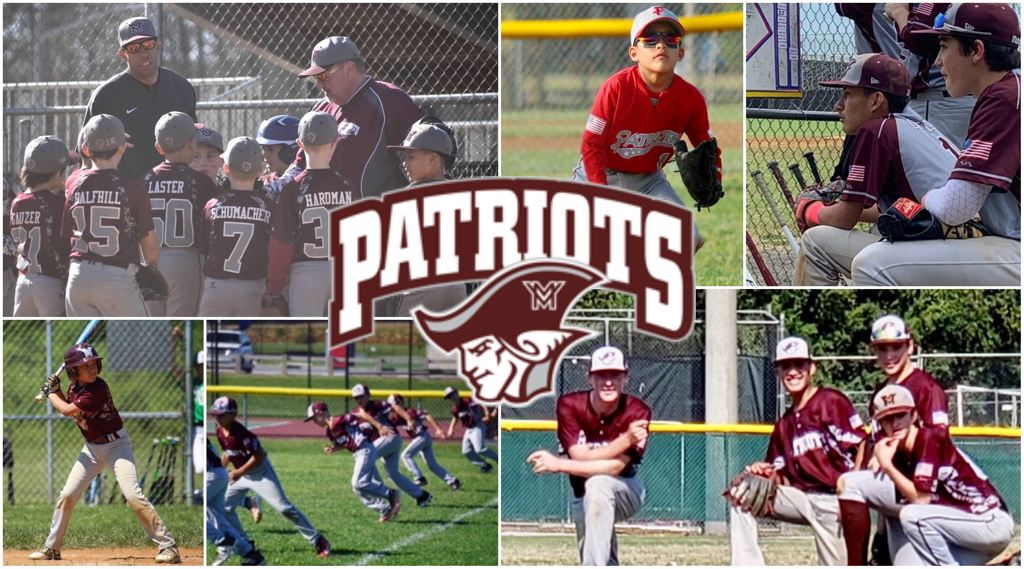 This article is part of a series highlighting different organizations within NVTBL. Click here to read past feature articles. We will be posting new articles each week.

There are weekends in the spring and fall months with a dozen or more baseball games being played by the Mount Vernon Patriots at the McNaughton Field Complex in Alexandria. The crowded ball fields are filled with players of all ages and their families, enjoying what the game of baseball brings to their neck of the woods.

The Patriots organization was founded in 2011 by Mike LeMorta, a former Marine who would also take the head coaching role at Mount Vernon High School four years later. LeMorta wanted the organization to incorporate the same qualities found in our nation’s military and chose a name that represented his shared devotion for our country. He formed a team with his son and other players at the high school level and a year later, the Patriots organization took off with two teams at the 8u and 9u age divisions.

In 2018, LeMorta landed new employment in Florida and handed off the organization that had since grown to nine teams to current president Johnny Castillo and general managers Tara Suga and Pam Nachnani. This past fall, 131 players on 11 different teams from ages eight to 16 hit the field wearing the Patriots’ colors.

“The Patriots started as a way to help invigorate and renew the baseball tradition in this part of the county, which had been strong for a while,” said four-year Patriots coach Fred Cedoz. “Mike, as the head coach for the Majors, wanted to make sure there were a lot of kids interested in playing ball at the high school. [Our organization] really took off and has grown.”

The Patriots reach is now across six local leagues and seven different high schools. The program also has plans to further expand to support a varsity level team as well as youth softball.

By partnering with Woodlawn Little League, the Patriots can utilize all four fields at McNaughton, providing valuable practice and game slots that have allowed the organization to expand. Not only are the McNaughton fields one of the only facilities in the area with lights, but have recently gone through renovations that have tremendously improved the quality of the playing surfaces. The Patriots also helped contribute to a brand new scoreboard and continue to draw up plans to further improve the facility, including adding a concession stand.

“Woodlawn has been very supportive since the Patriots were founded and it’s been a mutually beneficial relationship,” Cedoz said. “They are growing too and the Patriots are happy to participate in that.”

Cedoz and the rest of the coaches for the Patriots focus on using the game of baseball to develop players into thoughtful and respectful young people. Coaches stress character building and have a long-term view on player development.

As kids progress in the program and get older, teams prioritize continuity and preparing players for high school baseball by developing players at multiple positions and instilling a strong work ethic.

Regardless of age, wins and losses are never considered to be a measurement of a successful season.

“We like to keep as many kids together as we can and focus on the long game,” Cedoz said. “We want to make sure players are getting better at their positions and the team is getting better as a whole. Sometimes that translates into a great season in terms of a scorebook, and sometimes it doesn’t. It’s about progression, and yes you want to see success because it helps the kids stay motivated, but there is plenty to be happy about by seeing individual players develop and that translates into team success.”

Over the years, families have become more intertwined with the organization as parents have created bonds and younger siblings now wear the Patriots colors too. Naturally, the process has created a family environment where everyone feels at home and no one wants to leave the field.

“It’s really cool to see the siblings of the players on our teams gel and get together to hang out. The Patriots are not just six hours on a Sunday where everybody is miserable because they don’t get to do their own thing. It’s nice because you get to know everyone and it’s a time to see my buddies.”

For more information on the Patriots organization, visit www.mvathletics.org/mvpatriots.